More Than 10,000 Employees in the Solar Power Industry in Australia 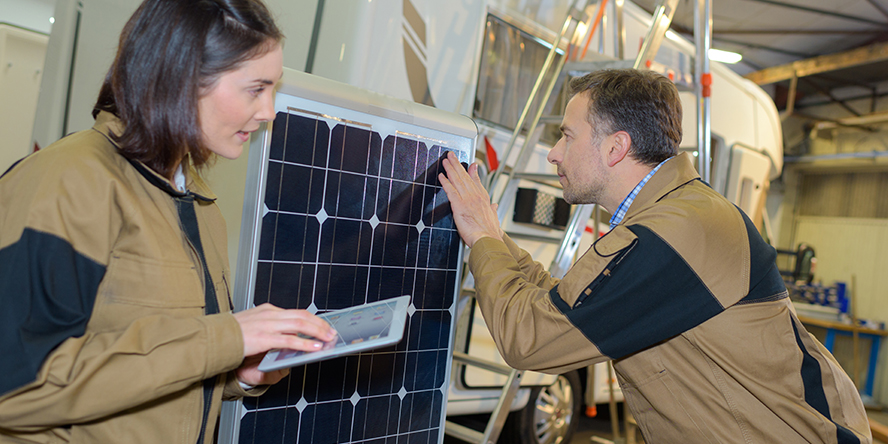 Reports issued confirm that during January 2018, more than 10,000 people were in full-time employment through the installation of roof top solar systems and construction of large scale solar parks.  The research compiled by the Green Energy Markets advisory firm, states that 16042 rooftop PV installations were reported, creating 5337 full time jobs in the capacity of sales, design and installation sectors.  An additional 5456 people were employed full time in the construction arena servicing the large scale solar areas, currently under development. The state of Queensland is the current leader with 6421 renewable jobs in the solar energy and utility construction business.

The region is fast approaching a world dominant position, alongside Italy and Germany. It is widely commented that the Federal Government is holding back the further development of renewals, due to a lack of vision.  Federal politicians appear to be deciding on the best policies for their coal benefactors, rather than what is best for the Australian economy, best for the environment and best for the community, and by investing in the technologies of the future.

All Australian states expect additional employment opportunities in the renewable energy sectors in the next few years, resulting from the operation of existing installations and any new generating abilities, and also from the new infrastructures of large scale solar parks and developments. Even taking into account the small number of job losses expected in the coal fired electricity industries, any new, additional jobs created in the renewable energy sectors, will more than compensate for these reductions.

The remit is that people want a clean-energy future, and this is happening now in Australia – not only by creating ten thousand jobs, but also by reducing energy bills and saving the climate.