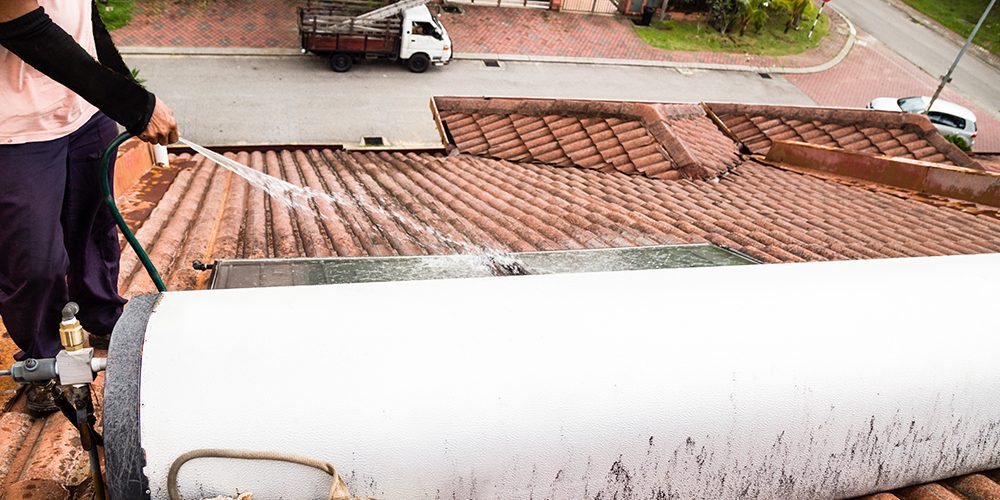 A solar-powered clean water collector is being trialled in Australia. Zero Mass Water’s Source Hydropanels basically suck water from the air, condensing it then purifying it before storing the water in reservoirs. The system also adds various minerals to the water so it’s drinkable (distilled water can be harmful if drunk in large quantities).

The 100% solar-powered Hydropanels can gather up to five litres of drinkable water each day, depending on the climate.

A helping hand for the trial

The Australian Renewable Energy Agency is giving the trial around $420,000 to help to deploy 150 of the Hydropanels around the country. The trial aims to look at how well the panels work in drought-stricken areas as well as how much they can reduce the waste from plastic water bottles.

It’s thought that each panel will produce enough water to eliminate the need for more than 20,000 disposable plastic water bottles over their 15 years of operation.

The best thing about this technology is that it can produce safe, drinkable and renewable water without the supporting – and expensive and often unreliable – infrastructure that has previously had to go with clean drinking water. The Hydropanels literally pull water out of thin air using solar energy.

Many remote regions of Australia have had problems with their drinking water infrastructure as a result of their isolation, which can lead to an over-reliance on bottled water.

The Hydropanel trial will roll out in Sydney, Perth and Adelaide, some regional towns and some remote rural communities. The first phase of the trial will look at the environmental effects that using bottled water has.

Each panel is quite small – 1.2×2.4m – and it can hold 30 litres of water in a reservoir. The water is up to Australian standards for drinking water.

A new market for solar

The Zero Mass Water project may well offer an entirely new application and market sector for solar and if successful, it’ll almost certainly reach beyond Australia.