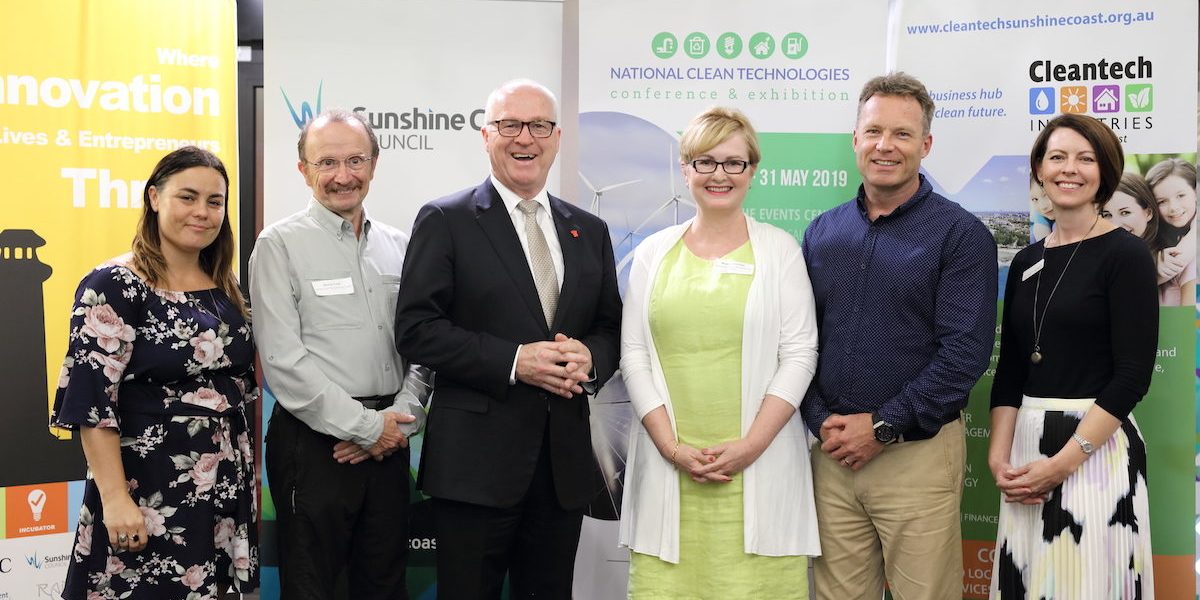 The Sunshine Coast is already nicknamed the entrepreneurial capital of Australia but it’s now set to become the clean-tech capital as well!

After two successful years of the CleanTech Effect event in 2016 and 2017, this year’s event should be even bigger and better. The conference-exhibition combo will feature more than 50 industry-leading speakers and 40-plus exhibitors, as well as more than 250 delegates from all over the country.

Visitors to the event will be able to get involved in all the clean tech growth areas like energy, water, transport, built environment and waste, as well as to participate in forums and discussions about national issues and learn about new developments. There’ll doubtless be some networking going on too!

The Sunshine Coast has big plans

Mayor Jamieson says that the Sunshine Coast has plans to become Australia’s most sustainable region. It already has one of the highest densities of clean tech businesses in Australia and local policies are helping to promote sustainability in the area even further.

The clean tech industry employs almost 1,800 people in the Sunshine Coast region, contributing more then $210 million to the local economy. The region has the country’s only dedicated clean tech association and is leading the way in the nation by installing the first automated underground waste collection system in Maroochydore.

If you and your business want to get onboard the clean tech train, then you need to book your tickets now because they’re selling out fast as May approaches.

Visit www.nctce.com.au to find out more about the event and the people and organisations that will feature there, as well as how to book tickets and maybe even exhibit your own tech next time round!