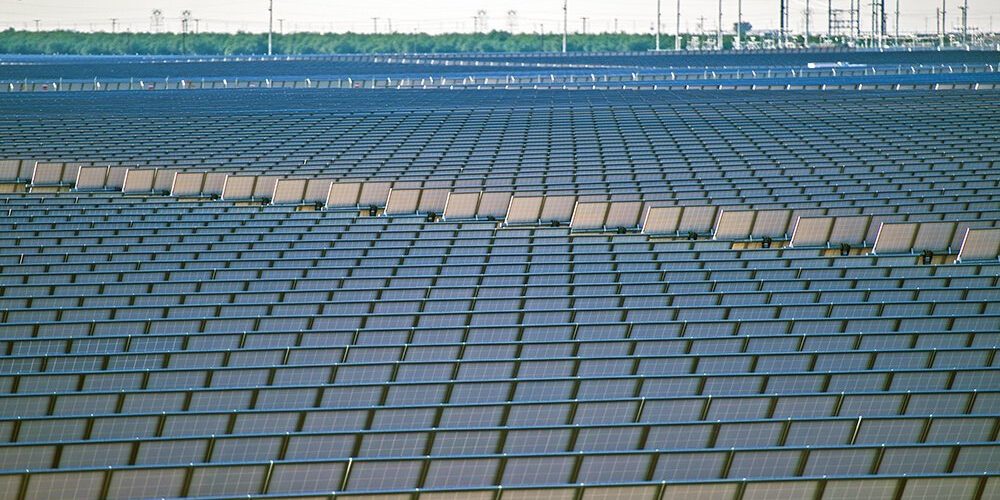 Australia’s great potential for solar power and storage is attracting companies at home and overseas in a race to corner the market.

Sungrow, the China-headquartered solar inverter company, and Australia’s Redearth Energy Storage both made announcements at the end of October to tie in with the All-Energy Australia tradeshow in Melbourne.

Sungrow signed a 100MW distribution partnership with Australia’s Prosun Solar at this tradeshow; Sungrow claims it has a 10% share of the Australian residential market and plans to offer products like user-friendly hybrid inverters and inverter-battery systems. This will enable domestic consumers to get the most out of both the charging and discharging capacities.

Showing off their wares

Sungrow was showing off its range of 2-10kW domestic PV inverters when we met with them at All-Energy, as well as its commercial inverters, including the 1,500Vdc string inverter SG250HX, among others. The company is also planning to launch larger energy storage systems into Australia via its joint venture with Samsung SDI.

RedEarth Energy Storage whom we also met with at All Energy announced a few weeks ago that the Clean Energy Council (CEC) has approved its SunRise Home Battery system. This system is the first CEC-approved all-in-one battery energy storage system to be developed and manufactured in Australia. This status makes the outdoor-rated system eligible for government grants and subsidies.

The British are coming!

The UK-based energy solutions and utility supplier Social Energy also launched its own Australian operations at the end of October, to coincide with the All-Energy Australia tradeshow. As yet, however, its Duracell-branded battery systems aren’t on the CEC-approved list.

As well as all this inward investment going on, there’s a lot of attention and emphasis on domestically-manufactured or assembled goods and systems. This new focus has attracted companies like Sonnen and Senec, both German, into setting up their own assembly plants, with South Australia being particularly popular for these ventures. RedEarth Energy has also made much of the fact that it’s just gained “Australian Made” accreditation.