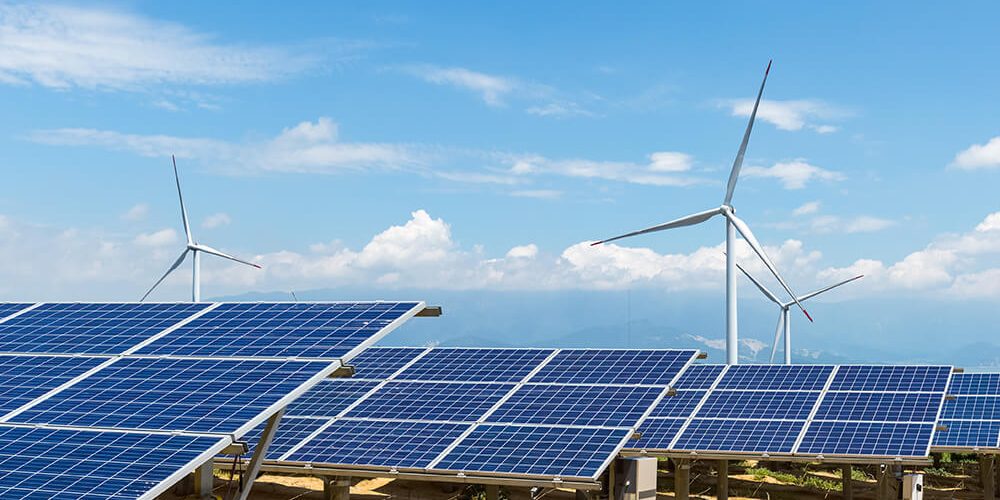 They’re the easiest way to move on from coal

Australia should see around 15GW of solar and wind by the end of 2021, and that’s just from the farms. Rooftop solar should increase by 2GW each year too.

All told, the country will be adding around 6GW of wind and solar per year and according to research from the Australian National University, we only need this annual rate to double (to around 12GW per year) to eliminate fossil fuels entirely. This means from industry, transport and heating.

The mining and use of fossil fuels accounts for 85% of the country’s carbon emissions, so a doubling of renewables will slash this very deeply. Plus, the prices of renewables and their deployments is becoming ever cheaper, which will only speed things up.

Everyone loves solar power. So much so that there are now more than 27,000 people employed in the industry here. This number has doubled since 2017.

Solar and wind are becoming cheaper

The power from these sources now costs less than the power from gas and coal stations. We can expect $30 per MWh in 2030, or even lower, and this undercuts most fossil fuel stations, even for industrial heating.

Renewables can be stable

The infrastructure to transmit high voltages is already there, so all it needs is some more work and some strengthening and the power can be moved from the farms to where it’s needed. With the addition of pumped hydro and battery storage, Australia’s power supply can be stabilised, with extra being brought in whenever it’s needed.

There’s so much space…

Australia needs around 60sqm per person of solar panels, and one wind turbine per 2,000 people. With all the rooftop solar, this shouldn’t be a problem and wind turbines have a small land footprint. Even if the entire world’s population used as much power as the average Aussie, we’d only need to cover 0.1% of the planet’s land surface.

Solar panels need silicon, plastic, aluminium, copper and small amounts of other readily-available materials. These materials are also recycled fairly easily and the processes should improve over time.

Almost everywhere has sun and/or wind

More than 75% of the world’s population lives in the so-called sunbelt, which is lower than 35 degrees of latitude. Even better is the fact that this region includes a lot of developing countries, which are seeing the fastest growth in energy consumption.

Not even humans would fight over the sun

Well, probably… Using solar and wind makes power much more stable, robust and less reliant on sources and infrastructure that could be hijacked, damaged or subverted. It’s also virtually impossible to destroy the entire network of billions of panels and turbines stretching the globe.

There’s no pollution and very little chance of accidents

Compared to Chernobyl or Deepwater Horizon, that is. There’s no chance of explosions, oil spills, fracking, gas leaks, acid strip-mining…

Renewables pay for themselves in a couple of years

All the money invested in panels and associated infrastructure will be recouped in two or three years. Set this against the average 30-year lifespan of a panel. Even manufacturing new panels will be powered by solar eventually, too.