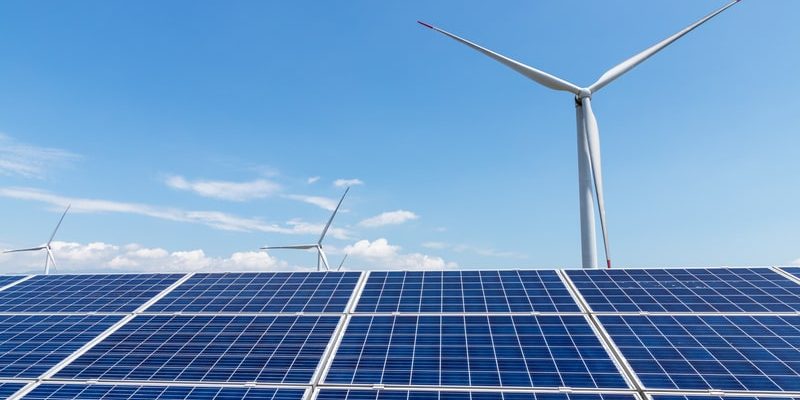 The global energy share of solar power and wind power has doubled since 2015, says a recent report by climate think tank Ember. These two renewables now compose around a tenth of the world’s power sources and together they’re catching up with the amount of energy generated by nuclear power plants.

While the growth in wind and solar accounted for 30% of this drop in coal power generation, Ember reports that the rest of the decline was down to the coronavirus pandemic. As lockdowns were imposed around the world in a bid to slow down the spread of the virus, power demand fell significantly as offices and other workplaces reduced or halted their operations.

Dave Jones, senior electricity analyst at London-based Ember, believes that countries all over the world are working to replace coal and gas-fired power with wind and solar. The recent Ember report looks at 48 countries which account for 83% of the electricity production around the world, including Turkey, China, India, Brazil and the US, as well as the UK and EU nations.

These proportions are significantly higher than the other big nations looked at in the report, in particular, the world’s three biggest carbon-polluters – China, the US and India.

China, which is currently responsible for more than 50% of the world’s coal-fired energy generation, is lagging behind when it comes to wind and solar. The country gets just 10% of its power from wind and solar.

The US is sourcing just 12% of its power from wind and solar, with Turkey getting 13% of its power mix from these renewables. Japan and Brazil are also quite a long way behind – both at 10%.

It’s a long road, but we’re on our way

If the current pace continues, renewables and nuclear power are on track to overtake coal in the US’ power profile by the end of 2020, according to Reuters.

Renewables will be, in fact, the most rapidly-growing form of energy generation in 2020, if the forecast by the US Energy Information Administration is anything to go by.

Lots of encouragement to limit fossil fuel use

These record-breaking rises in renewables and reductions in fossil fuels adds momentum to the fight against climate change, but we still have a fight on our hands.

The 2015 Paris Climate Agreement set a target of limiting global warming to 1.5 °C above pre-industrial levels. In order to hit this target, coal use will need to reduce by 13% each year for the next 10 years. If this isn’t stark enough, carbon dioxide emissions will need to be essentially zero by the year 2050.

When you consider that China’s coal use fell by just 2% in the first half of 2020 compared to the first half of 2019, it’s easy to see what a struggle it may be. Even more worryingly, just 0.2% of Russia’s energy comes from renewables and so it’s these big industrial and manufacturing hubs which need to get on board if we’re to reach this important carbon target.

We know how to do it, it’s just a question of doing it faster

While the 8.3% drop in coal use has no doubt helped the environment a lot, the fact that it was just 8.3% – in the middle of a pandemic – shows how much more we need to do. To compare, global coal use fell by 3% in 2019 and we need a reduction of 13% year on year. It’s time to go renewable!