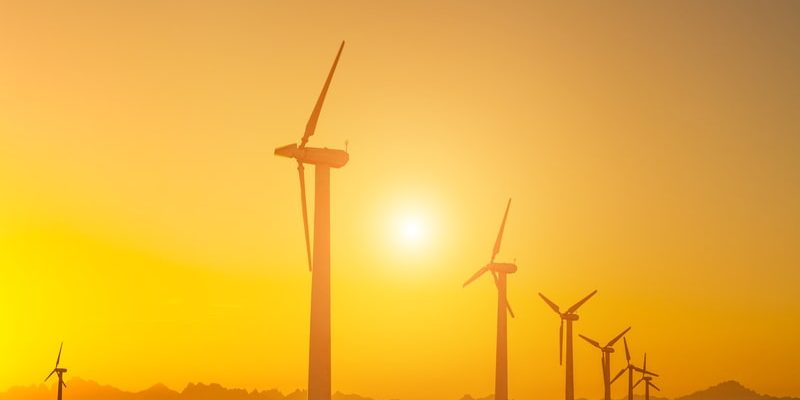 Graziers Will and Dorothy Graham run cattle on their Withersfield Station ranch near Emerald in central QLD. The Graham family has lived on the 50,000-ha ranch since the 1950s but are finding it harder to raise as many cattle due to increasing droughts.

Mr Graham believes that the droughts are becoming more frequent, especially in the last decade, due to climate change, which is leading to less grass and more land erosion. As a result, the Grahams have reduced the numbers of their cattle by around a half.

The Grahams want to see renewable energy used more, but Queensland faces some serious challenges when it comes to moving away from fossil fuels.

Nevertheless, the average temperatures state-wide are a degree higher than they were 100 years ago and most of this increase has happened in the last 50 or so years. If the modelling by CSIRO and the Bureau of Meteorology is accurate, Australia faces a rise of 1.4°C with low carbon emissions and 1.9°C with high emissions by 2050, so it’s never been more vital to turn to renewables.

Mining companies are clinging on

The Galilee Basin, 400km north of the Graham’s station, holds one pf the world’s largest untapped reserves of coal and mining company Adani has plans to build its Carmichael thermal coal mine.

This could prove to be risky, however, as coal is gradually falling out of favour and is falling in price. New mines could, according to economist John Quiggin, be a sign of stubborn and dogmatic governments. Building new mines, he says, is relying on other countries not working towards their own targets and not giving up on coal. This “bet” is unlikely to pay off.

The whole environment is suffering

The Great Barrier Reef is suffering from constant coral bleaching because of rising ocean temperatures and no-one could have missed the bushfires, cyclones and flooding that have hit the coast in recent years and months.

Despite these fears, mining is the biggest single contributor to the QLD economy, with coal being its largest export. Asking the state to wean itself of coal is a tall order, but it can be done, and done within the next decade, says Quiggan, if enough jobs in renewables are created.

Fast on solar, slow on coal

Queensland has been ahead of the curve when it comes to adopting solar, but lags behind the other states when it comes to decreasing its reliance on coal. This has meant that the state’s renewables industry hasn’t grown as rapidly as other states’, creating fewer jobs in the sector.

Things could change soon, however

A recent report by the Australian Conservation Foundation found that renewables projects could create more than one third of QLD’s power by 2025, putting the state on track to achieve its target of 50% by 2030.

In addition to this, the state-owned electricity company CleanCo started trading on the National Energy Market in late 2019, with the aim of supporting 100MW of renewable energy generation by 2025.

CleanCo’s projects include the MacIntyre Wind Farm near Warwick and the Western Downs Green Power Hub.

If all of these projects go ahead, they could produce more power than all of QLD’s gas and coal generation combined. They’ll also employ more people than work at the moment in QLD’s coal power stations – 5,000jobs in construction over the next 15 years and then 4,000 jobs operating the plants.

Queensland could help to reduce the world’s carbon

The state has enough open space and certainly enough sunshine to produce surplus energy that it can export to the rest of the world. Of course, this will involve developing and building the infrastructure and storage methods needed to move this energy around, such as pumped hydro, batteries and so on.

Queensland’s second-largest source of greenhouse gases is the transport sector, with cars being the biggest culprit. As yet, the uptake of EVs is slow in Australia, but Brisbane is home to Tritium, one of the world’s main manufacturers of EV charging stations.

Tritium CEO, Jane Hunter, believes that the best way to improve EV uptake is to lower the prices. She cites Norway as a good example as around half of the country’s vehicles are electric.

EVs in Norway have no sales tax levied on them and they also get free parking and waived toll payments. These moves have, it seems, paid off.

Regardless of new moves, however, the Grahams will carry on preparing for a hotter future. We may all need to adapt to the changes even as we try to prevent them.