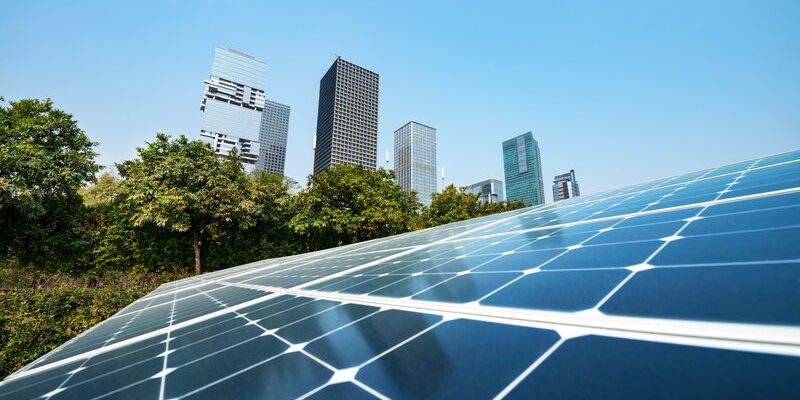 Scientists at the Royal Melbourne Institute of Technology (RMIT) have come up with an idea to provide enough solar energy to power entire cities – covering Australia’s airports in solar panels.

The RMIT team has used real data to work out that by installing solar panels on all of the nation’s 21 government-owned airports, up to 466GWh of electricity could be produced each year. This is enough power for around 136,000 homes each year.

The space on airport roofs is being wasted, according to Chayn Sun, senior lecturer at RMIT and member of the research team. By bringing this space into play, up to 63 kilotons of coal could be saved each year, representing a big step towards Australia’s zero-carbon target.

The RMIT team calculated that Australia’s federal airports have 2.61km of available roof space, then looked at how much energy could result from this amount of solar panel coverage. Most importantly, they compared this potential output from the output from solar panels installed in residential areas.

Looking at things from a different angle

It’s all in the angles! Residential roofs are almost all built at angles, which means that they’re more prone to shade from nearby structures and trees. This can reduce solar collection, leading to lower output. Commercial roofs, on the other hand, are almost always flat and this, the RMIT team found, could allow solar panels to collect up to 10 times as much solar energy as those on slanted roofs.

Is there anything in this for the airports?

The large amount of free energy wouldn’t go amiss, for sure. Reducing this particular overhead will bring down the overall energy spend of each airport and this is no mean feat, as airports are very energy-expensive and usage-dense.

Then there’s the PR that would come from offsetting the airport’s carbon emissions. The air industry is, unfortunately, known for its carbon emissions for all the wrong reasons, so any improvement will be welcome all round.

An ideal solution for Australia

Australia has, as we all know, isn’t short of sunlight or space; it has a relatively small population, too, which means that Australia leads the world in solar uptake and infrastructure. Even remote and rural areas have stable grids because of solar and storage batteries. The country has so much solar power that it’s even starting to export it!

There has been one counterargument

One criticism of the airport roof solar plans is that the huge arrays could reflect light back into the eyes of approaching pilots, but thanks to new panel coatings, this shouldn’t actually be a problem.