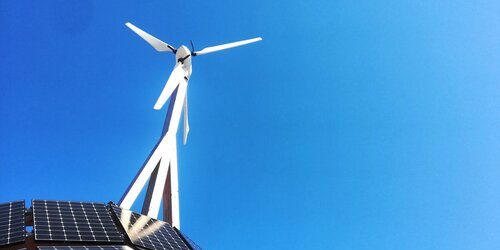 A fire in May at the Callide C coal power station in Biloela, central QLD, left almost half a million homes along the state’s coastline without power.

CS Energy, the state government-owned energy company and operator of the 1.5GW Callide Power Station, said that a fire in on of the plant’s turbine halls forced both units at Callide C to go offline. This made the system so unstable that the operating units at Callide B also tripped, leaving more than 477,000 homes without electricity.

The entire event happened within milliseconds of the Callide C incident and blacked out hospitals, sewage treatment plants, airports, traffic lights and shopping centres, as well as households. Most blacked-out places were back online after a few hours, but tens of thousands of residents bordering the Gold Coast lost power for some time, too.

The Australian Energy Market Operator (AEMO) issues a lack of reserve (LOR) notice at 4.45pm, with a forecasted LOR3 notice at 5.07pm (this signals the potential for demand to outstrip supply). The AEMO later asked households to avoid using energy-expensive appliances until 9.30pm at the earliest to minimise stress on the system. However, this notice was cancelled just after 7.00pm as there was enough supply coming in from various generators around the state by then.

Energy from diverse sources came to the rescue

QLD energy Minister Mick de Brenni said that the grid had been stabilised by the AEMO and other agencies working together to bring in power from rooftop solar, solar and wind farms, pumped hydro and some coal-fired generators.

However, QLD Conservation Council director Dave Copeman said that the outage highlighted the need for the state to have more utility scale batteries if it wants to provide its residents with cheap, clean and reliable electricity.

Investment into renewables and large batteries is essential, he believes, as the one thing which could have prevented the widespread outage was a large-scale battery network, which can deliver power to the grid in seconds.

It seems that storage batteries are a vital component of Australia’s energy network. The Energy Security Board’s (ESB) Post-2025 Market Design Directions Paper says that the projected influx of renewables over the next two decades must be supported by between 6 and 19GW of flexible and dispatchable resources.

QLD does already have some grid-connected batteries, including the Lakeland Solar Farm (1.4MW/5.3MWh) in northern QLD and the 2MW/4MWh) system at Kennedy Energy Park near Hughenden.

The Singapore-based developer Vena Energy is already building a 100MW/150MWh grid-scale battery near Wandoan and AGL Energy has plans for a 100MW/150MWh battery by the 453MW Cooper’s Gap wind farm outside Kingaroy.

More storage capacity in the pipeline

French renewables giant Neoen has plans to build 150MW of storage as part of its 460MW Western Downs Green Power Hub, which it proposes to build near Chinchilla. This is in addition to its plans to build a 100MW battery in the far north of QLD.

The state government itself has announced plans to install five large-scale grid-connected batteries, with a total capacity of 40MW, across QLD as part of a community battery trial and Copeman says these batteries will become more important as coal plants retire.

The 825MW Calide C site was commissioned in 2001 and is one of the country’s youngest coal plants. However, according to Copeman, the tech hasn’t kept pace with a transitioning energy network.

Even though the plant had a projected lifespan of 25 years, it’s had to operate much more flexibly than it was designed to in order to accommodate the increasing amounts of renewables coming online.

Rystad Energy senior analyst, Dave Dixon, said that QLD’s coal generators have a small ramping up capacity compared to those of NSW and Victoria. QLD can only manage a ramp-up of 500MW per minute, compared to NSW’s 2.5GW per minute and this is due to QLD’s reliance on coal. Dixon claims that batteries can ramp up to 100% in under a second.

Callide C may be offline for a year

The blaze is under investigation and it seems that unit C4 was badly damaged by the fire and will be operational in another 12 months or so, when all units can be brought back online safely.